December 12, 2020
Two Russian women were recently called out on social media for black-fishing which is a term to describe individuals outside of the black race who try to pass off as a black person.  The person will usually be seen in hair styles and clothing that are afro-centric. The black-fisher will also go to extreme lengths have black skin. This is usually accomplished by engaging in black-face methods using makeup, spray tanner and etc. 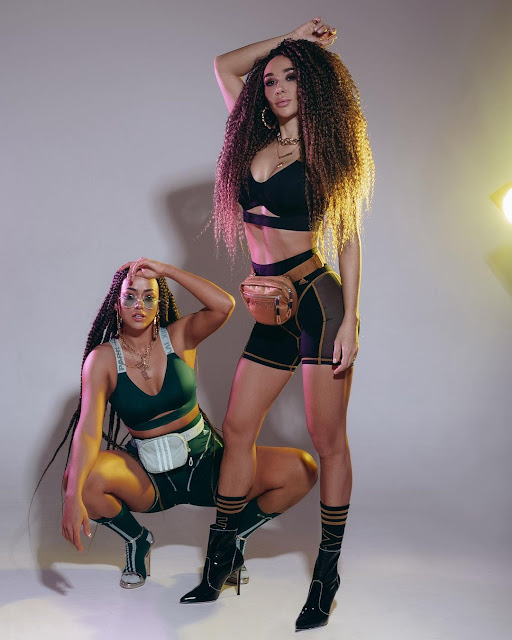 Beyonce recently released her third “drip” installment of her Ivy Park clothing line with Adidas. Two models who appeared to be light skinned black women were spotted on the Ivy Park IG page sporting the clothes.  People began calling out Beyonce and Ivy Park for posting the two models who were engaging in black-fishing.  It turns out that Alena Buini and Anastasia are Caucasian women from Russia whose actual tones can be seen in past photos. 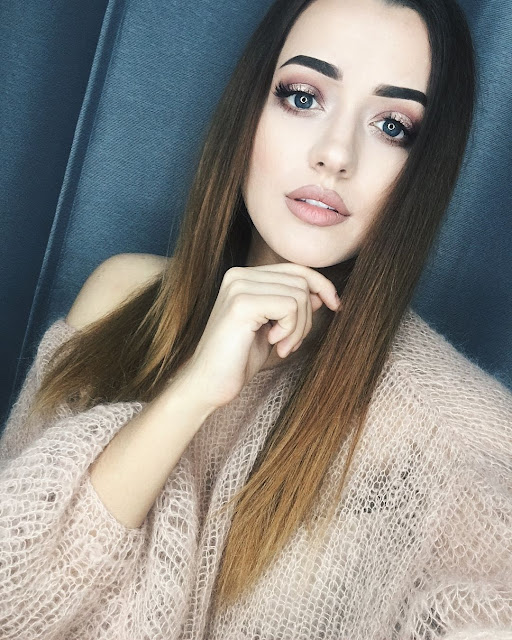 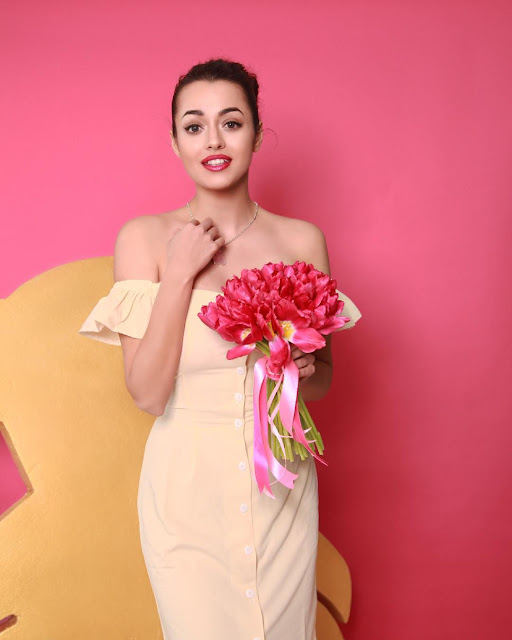 Alena responded to the outrage on her IG and stated [Some sentences omitted due to incorrect/unknown translations):
“It was a funny day today, it started with seeing our photo in the official brand account of weareivypark.  First I was happy and then I was terrified of the comments under our photo.  Dark skinned women (and white people) slowly began to draw comments from the category: “WTF, DELETE THIS!!!!” “These White Russians insult our rights” “What the H%ll do they wear braids?!” “This is racism” and blah blah blah….They have the concept of blackfishing – mol when white people try to mow to black skin: style, hairstyles, dances and whatever is taken with their culture to (God forbid) get some noises. But I don’t understand what’s wrong with being fascinated by this culture, their style, music and dancing since childhood.  And I don’t understand why I can’t dress as I like, do hair that I like……..Comeonnnnnn, guys in the world are not only “black” and “white,” there are also southern girls with gypsy and Caucasian roots. And yes, we are darker than most Russians….Why don’t I feel that wild disrespect and discrimination when you wear wigs that are made of white women and Asian women hair? Or when you use things in your life that non-African Americans invented: maybe because it’s nonsense and absurd.  It seems that they only want to fight))).  There is  nothing wrong with being inspired and using the legacy of other races.”
Alena does appear to be really pressed that individuals are targeting her about her blackfishing. While Alena may have a point about black women wearing Asian women hair, does it justify her being able to wear afro textured and curly hair as a Caucasian woman?
Can people who cultural appropriate continue to make this comparison?  No, they can’t and here’s why:  For too long, black and afro textured hair has been seen as less beautiful and did not fit the mold of cultural and societal ideals about beauty.  When black people were wearing their natural textures, they were often forced to conform and wear their hair straight or in a manner which conforms to European standards.  Black women who wear Asian and straight hair wigs do so believe they are trying to conform to other, more popular standards of beauty. The Afro standard of beauty has always been seen as less than especially in centuries of old.
her past photos reveal she always wore her hair straight. 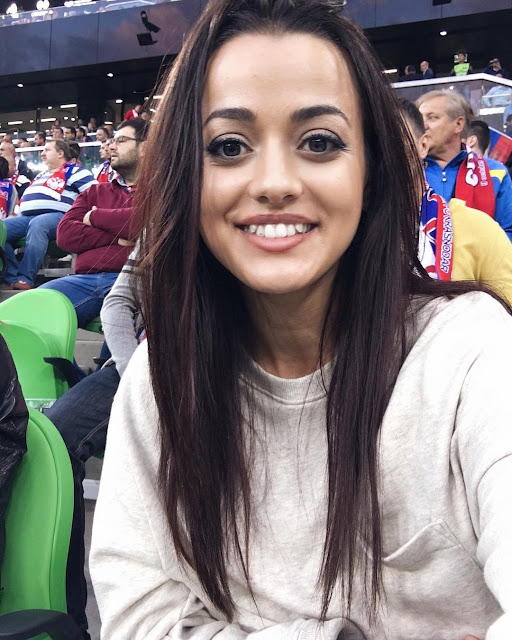 but recently she has done a 360 and changed her appearance to appear more ethnic or racially ambiguous. or black!? 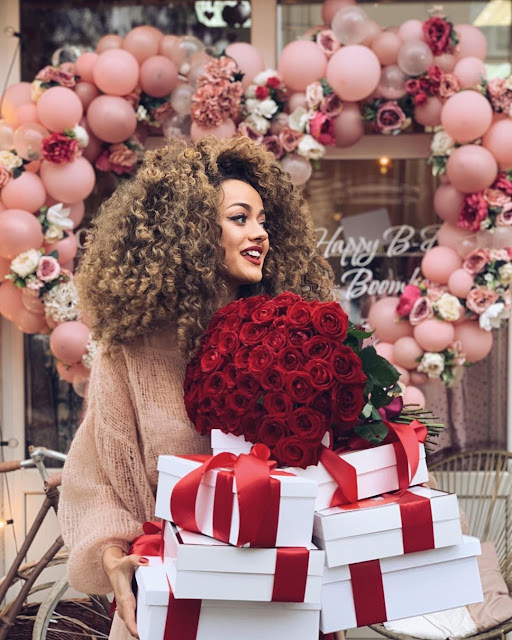 Alena, people have called you out because you are engaging in cultural appropriation. Cultural appropriation contributes to the problem of black culture, style and fashion being thought of as less than ideal. It now becomes an issue of black culture being considered  “cool” or accepted only when a white person engages in or with it.  The black women who have been wearing their natural textured and curly hair in past decades caught flack or were considered to be less than ideal, beauty wise.  Thankfully, times have changed within the past two decades as more women embrace their natural textures.
Now, it’s one thing to sport afro and kinky textured hair because it’s trendy and it’s another to actually be born with those types of hair.  It is the reason why many of those people were outraged, Alena.
Black-fishing and black-face is not okay and never will be, however, those in the black community do appreciate your admiration for black culture, styles, fashion and hair.   Big, curly, kinky hair? 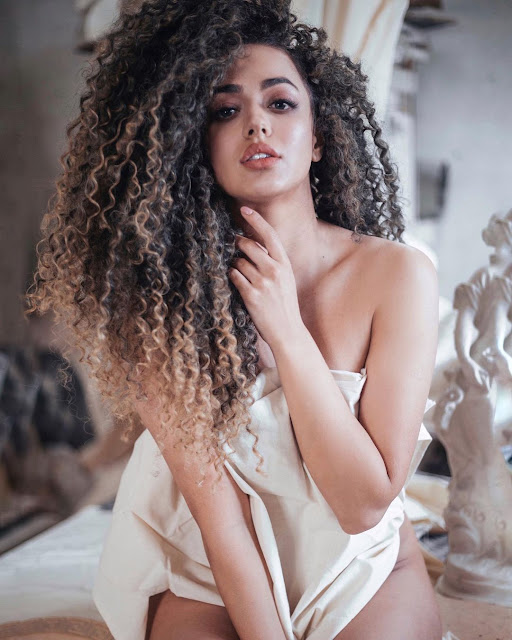 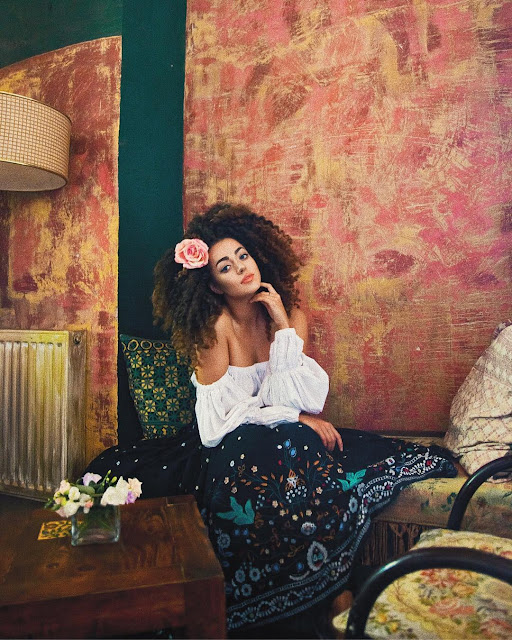 What’s not to love about this hair?! We totally understand why you love this type of hair, Alena.  kinky hair? wouldn't want it any other way! 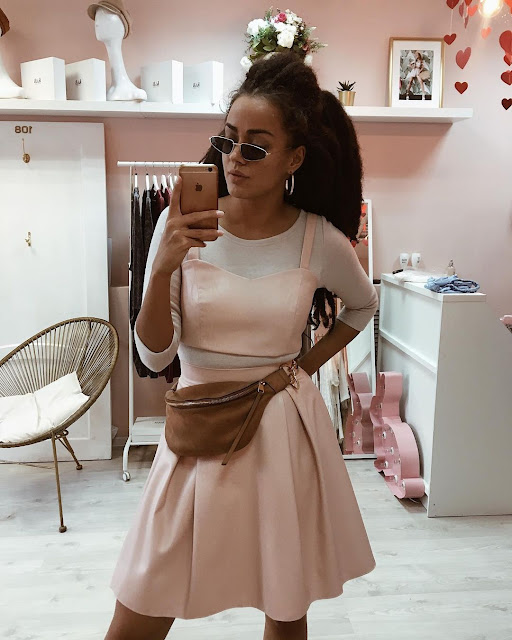 It’s actually people like you who open the eyes of those black women who shun or think of their kinky and afro hair as being not beautiful. 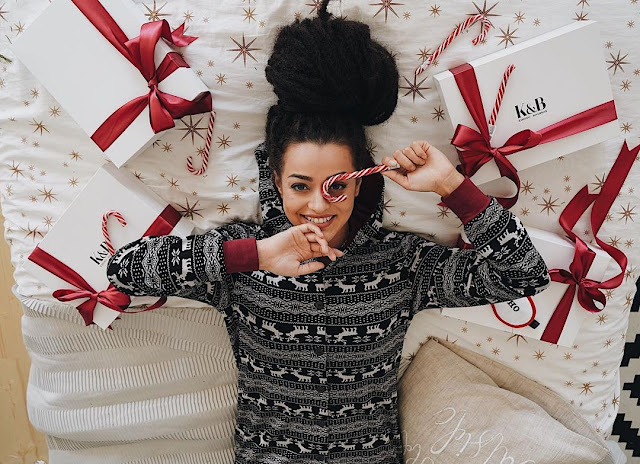 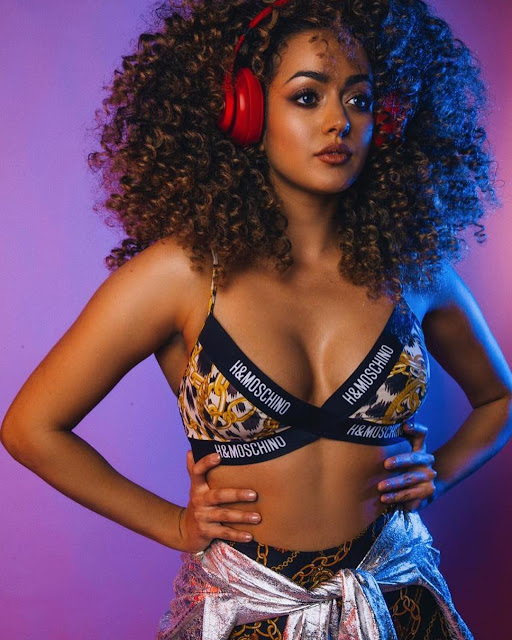 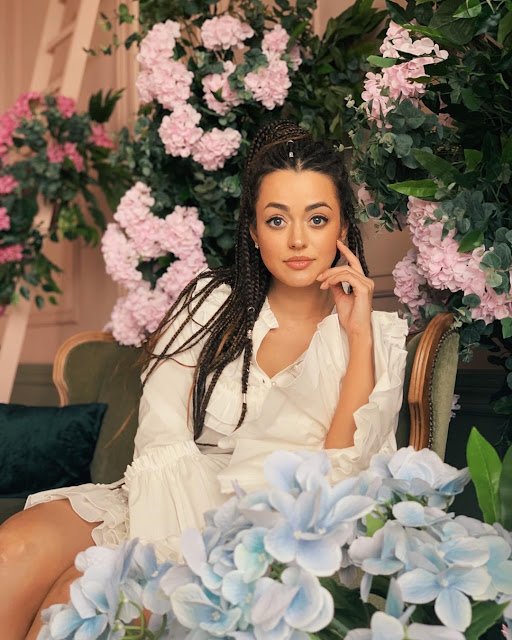 Hopefully, these women will realize how beautiful their textures are and regain the confidence they need to wear the textures they were born with! to Those who have always proudly sported kinks and afro textures -- let them continue to do so.
So folks, what do you think about people who black-fish or engage in cultural appropriation? Should Beyonce be faulted for Ivy Park’s repost of the two women?
Sound off in the comments below.
#blackfishing #texture #afro #afrohair #ivypark #appropriation #hairappreciation
#kinkyhair #naturalhair #texturedhair #hair #alenabuini #essencewigs #wigs

Popular posts from this blog

December 05, 2020
The Guinness Record for world's largest afro goes to Simone Williams!  Simone broke the previous record which was held by Aevin Douglas.  Simone's afro measured in at 8.07 inches tall and 8.85 inches wide.  her beautiful big afro has a circumference of 4ft 10 inches. simone confessed of being inspired by aevin douglas in an interview with Guinness world records, stating: "She inspired me to make the attempt. I googled world's largest afro and when she came up i was in awe." "at the time, i didn't think my hair was anywhere close to hers. she was goals! but i was so happy to see that she was recognized and there was a chance for others to be recognized to."   simone, who hails from brooklyn ny, has confessed to being a slave to chemical straighteners which she received up until college.  She didn't always know how to care for her natural hair but at 23 years old, she decided to transition to wearing her natural texture.  after a great deal of
Post a Comment
Read more

The Best Creator and Seller of Natural Hair Wigs

October 19, 2020
The Essence Wigs Blog has arrived! This blog will be discussing everything about natural hair and wigs! EssenceWigs.com is the prime online shopping destination for natural and kinky hair wigs.  The Essence Wigs website offers wigs of various types of afro and kinky hair textures.  These natural hair textures can be received in the various styles that are associated with kinky and afro textured hair.  These styles include but are not limited to braid out, twist out, coil out, blown out, straw set, roller set, silk press and etc.  Whether you're desiring a look that resembles a blow out on freshly washed afro textured hair or a look that resembles pressed afro textured hair, Essence Wigs has the wig for you! We have type 3 and 4 wigs and some type 2 units. If you are unsure about what these hair types are, don't worry! be sure to lookout for a post discussing the hair types. We may even be introducing a 5th hair type to the hair continuum. Essence Wigs is proud to be a fixture i
Post a Comment
Read more

5 Essence Wigs that You Need in Your Wig Stash!

December 12, 2020
1.)  Bohemian Vibe (I or II): The bohemian vibe (AKA boho vibe) unit is an Essence Wigs bestseller. The wig reflects a 4c texture to the tee! It is a beautiful, bold afro which is a medium-long length at approximately 14”-16.” Bohemian vibe is much loved by our core customer base. The main difference between Bohemian Vibe I and II is the length. Bohemian Vibe II is about 10-12.”  This is the unit that defines Essence Wigs. It was the first afro unit that we introduced and it comes in various colors.     2.) Nzingha: The Nzingha unit is a premium 100% hUMAN HAIR lace front textured type 4a wig. She is new to the Essence Wigs African Queens collection.  The texture is similar to one of a braid out done on natural hair. She’s full but not super voluminous and is the perfect everyday wig!  3.) Copper-fect Kinks (Long Length): Afro loving ladies and gents…get in herrrrrree!!! This is the wig of all our wigs. The bold, fresh copper orange color looks magnificent against a range of skin tones
Post a Comment
Read more